Coal is a sedimentary rock made predominantly of carbon that can be burned for fuel. Coal is readily combustible, black or brownish-black, coal  has a composition that including inherent moisture, consists of more than 50 percent by weight and more than 70 percent by volume of carbonaceous material. The coal is formed from plant remains that have been compacted, hardened, chemically altered, and metamorphosed by heat and pressure over geologic time. You can find the coal all over the world including in Iran, predominantly in places where forests and marshes existed prehistorically, before being buried and compressed over millions of years. Coal is called a fossil fuel because it was formed from the remains of plants that grew as long as 400 million years ago.

Click to learn about the material and purchase caustic soda flake

Coal is often called “buried sunshine,” because the plants which formed coal captured energy from the sun through a wonderful process called photosynthesis. Photosynthesis is the process where plants take energy from the sun and convert it to storable energy usually in the form of glucose. The main use for coal today is as a fossil fuel. Coal is the world’s most abundant fossil fuel – more plentiful than oil and natural gas. Coal is found in most areas of the world and it has a high energy content. Coal is used in a lot of places in the world because it’s easy to get and there’s lots of it. Coal used in the production of electricity. (40% of the world’s electricity)

Where the coal is found the type of swamp or the amount of acid, the types of sediment around in that swamp is important.

The types of coal

There are four major types of coal. Rank refers to steps in a slow, natural process called “coalification,” during which buried plant matter changes into an ever denser, drier, more carbon rich, and harder material. The four ranks are:

Anthracite: The highest rank of coal. It is a hard, brittle, and black lustrous coal. Bituminous coal appears shiny and smooth when you first see it, but look closer and you may see it has layers.

Subbituminous: Subbituminous coal is black in color and dull, and has a higher heating value than lignite.

Lignite: Lignite coal, aka brown coal, is the lowest grade coal with the least concentration of carbon.

Steam coal as thermal coal is used in power generation.

Coking coal as metallurgical coal is used in steel production.

Coal used in the chemical industries

Refined coal is used in the manufacture of chemicals, such as creosote oil, naphthalene, phenol, and benzene. Ammonia gas recovered from coke ovens is used to manufacture ammonia salts, nitric acid and agricultural fertilisers.  Different products have coal or coal by-products as components: soap, aspirins, solvents, dyes, plastics and fibres, such as rayon and nylon. Coal is an essential ingredient in the production same as Activated carbon, Carbon fibre, Silicon metal.

The cement industry requires energy to produce cement. Coal is an important source of the energy needed. Coal is also an important raw material and source of primary energy for the manufacturing of materials used to build transport infrastructure, such as steel, cement and aluminum. Converting coal to a liquid fuel – a process referred to as coal liquefaction – allows coal to be utilized as an alternative to oil.

The following are the uses of coke:

Cheapest source of energy.  It is by far cheaper than nuclear, natural gas, oil.

Coal also provides a stable source of energy (no oil embargoes, no sudden scarcity like you experience with natural gas).

Coal can be mined and burned with little environmental impact.

Coal provides 56% of the electricity used in the nation each day.  It provides 95% of Kentucky’s electricity.

Coal varies in nature depending on the environmental conditions and the forces applied by the earth. In general, coal is divided into two types of thermal coal and coke coal. Calorie carbon content is lower in carbon content than carbon dioxide, and its moisture content is even higher. Coal is in abundance in the first row of fossil fuels and is used to generate energy.
Coal coke is less natural in nature than thermal coal, and the distinct boundary between these two types of coal cannot be defined. It may even be possible to use coke coal instead of thermal coal.
In Iran, coal types are divided into two categories. 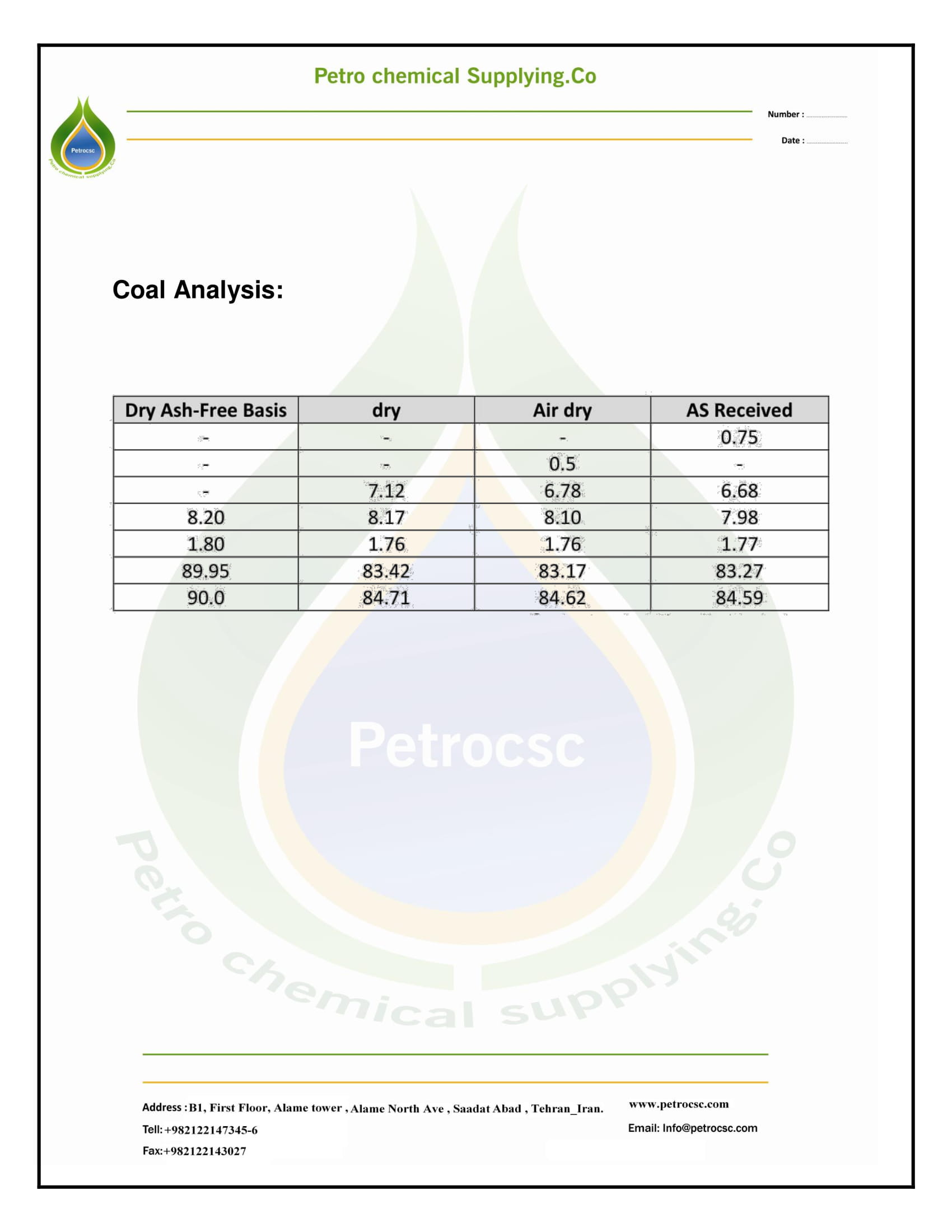