What is Petroleum Coke :

Generally, people think of oil refineries as producing gasoline and diesel fuel, but refineries produce much more than just those two fuels. One important product produced by refineries is something called petroleum coke, or “petcoke.” Petcoke is used as a fuel and as a source of carbon for industrial processes.

Click to learn about the material and purchase caustic soda flake

How is Petcoke Produced?

Petcoke is produced after crude oil undergoes two processes. First, the oil is distilled into various products, separating out the light parts of the oil—the gasoline vapors, liquid petroleum gas (LPG), naphtha, and kerosene from the heavier parts of the oil. The heavier portion of the oil in then processed through a “coker” which subjects the remaining oil to high heat and pressure to exact as much of the lighter gasoline-like parts of the oil as possible. What remains after the coker after the high heat and pressure is a substance called petroleum coke.

Petroleum coke is high in carbon—this makes it chemically similar to coal and both energy dense and useful for many other industrial processes that require carbon.

About 80 percent of petcoke is used as fuel. While petcoke is similar to coal, petcoke generates just 0.2 percent of America’s electricity, while coal generates nearly 40 percent. Instead, petcoke is usually used as a fuel to make cement, lime, brick, glass, steel, and fertilizer as well as many other industrial applications.

Much of the rest of the petcoke is “calcined petroleum coke.” Calcined petcoke is petcoke that is again heated to remove moisture, volatile matter, and impurities and to increase the electrical conductivity. Calcinced petcoke is used to make steel, graphite and titanium.

Calcined petcoke is essential to the creation of aluminum. Because of its high carbon purity and a lack of contaminants, calcined petcoke provides the only economically viable methodto produce primary aluminum. Calcined petcoke also produces titanium dioxide, a safer alternative to the lead used in paint.

Why is Petcoke Important?

Demand for U.S. petcoke is rising, with China, Mexico, Japan, Canada, India and Turkey as the largest importers. China, for instance, imported 3.2 million barrels of petroleum coke from the U.S. in this past April alone, their third largest monthly volume of all time.

America became a net exporter of petroleum products in 2011 and the exports of petroleum coke is one of the reasons. As the next chart shows, the U.S. exported 184,167,000 barrels of petcoke in 2012, a nearly 30 percent increase since 2009.

Coal is one of the most affordable and abundant sources of energy for electricity generation. But international coal prices are often higher than U.S. petcoke prices, making U.S. petcoke an attractive option for many countries to use as a fuel.

Growing demand in developing countries, coupled with affordable prices, has enabled U.S. petcoke to emerge as a valuable export for the U.S. and a cost-effective analogue for coal for much of the rest of the world. 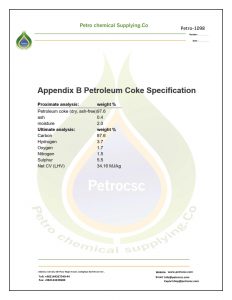